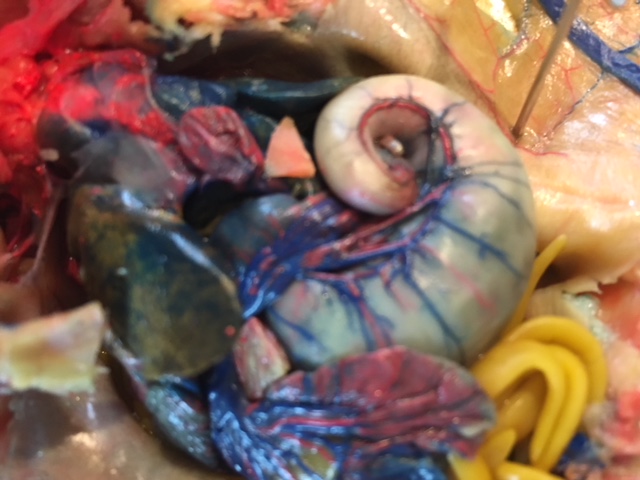 For a crippling case of “the willies,” order a frog in a box, and see what happens when it arrives on an otherwise perfectly pleasant Saturday afternoon. The box in question, which I actually ordered on purpose, comes complete with a preserved specimen lurking inside. Since my delicate sanity could instantly go wayward with the mere thought of icky things that might twitch or come to life or ruin my clean house, I leave the box on my home office desk for nearly five days before working up the nerve to open it. Then, telling myself, “It’s now or never,” I rouse my sleepy teenage son from his slumber and shout, “Today’s the day! It’s here!”

“We’re learning to drive? I’m getting a car?” he asks.

It’s still very early in the morning and, since he’s clinging to the hope of a brand new car that just comes rolling into the driveway, I’m pretty sure he’s trying to picture how this “frog” might be code for some kind of car. In his mind, I may have bought him an amphibious car and we’ll hop onto I-5, head over to Wild Waves, and plop it into the lazy river. I can see the wheels turning. His eyes are growing wider with excitement and I know I must tell him the truth before he gets the impression that I’d buy season passes to Wild Waves because season passes are very expensive and I haven’t lost my mind yet.

“We’re dissecting a frog,” I tell him.

Any bit of excitement he still holds onto fades away as he realizes that today, is just like any other day, except that we’re going to throw a dead frog onto the kitchen counter, pin it to a Styrofoam tray, and finally understand why frogs are so incredibly different from humans. In fact, he’s so eager to get started that he shaves, goes to swim practice, eats lunch, and then gets around to dissecting the frog at 1:30 p.m. on a Thursday. I even have to remind him why we’re doing this in the first place: It’s his Biology Class Redemption Day.

This year, Alex really loved his biology class and his teacher was fantastic. Going into the final, he had an A++++, so he wasn’t particularly stressed out. The final exam would be a frog dissection and Alex was really looking forward to it. When he got to class, he was assigned to a group of three young women his age who were a bit more anxious about the final than he was. When he greeted them with “Hey! Let’s do this thing! We got this! Wooo!” he didn’t do much to help them picture him as “professional” or “competent.” Then, when he grabbed the knife and started to cut, something about the way he was going about the whole thing really put them on edge, so they told him to just stand back and watch. He complied. Later on, they apologized and now they’re all really good friends and they hope to have another science class together again next year.

While I’m absolutely amazed by how one frog could accomplish so many things in a 50-minute period—like bring about massive conflict that results in lifelong-lasting bonds—I really wish Alex could have actually cut the thing open to see if he likes cutting things open. When I went online and discovered that I could get a complete dissection kit for just over $15 from Home Science Tools, I just knew the following things for sure:

2) Summer boredom will be crushed!

Sure enough, Alex and I open up the box, spread out some waxed paper on a surface and are excited to get to work.   Actually, Alex gets to work, but I remind him of one rule:

“It’s very important to never name the frog or you’ll become too attached to it and won’t want to dissect it.”

“Yeah, that’s not going to be a problem. We didn’t go over that rule in biology class.”

“I kind of figured that would happen,” Alex tells me.

Then, he starts dissecting and I think he’s doing a pretty good job. He instinctively knows to slice the skin first, so that he can look at the muscles. I wouldn’t have known to do that!

Soon, we’re able to identify the heart, the stomach, some fatty stuff, and maybe a spleen? A kidney? A gall bladder? And, I’m not particularly grossed out because the Home Science Tools people have injected different colors of dye into the organs to help with identification. The result is—dare I say—kind of strikingly beautiful. The intestines look like something Dale Chihuly could transform into glass—and I’d buy it and hang it over the kitchen counter. “I call it Pickles,” I’d tell guests and admirers . . .

Once Alex finds all of the frog parts, I think we’re done, but now Alex decides he needs to extract the various organs and place them neatly onto a tray. He ends up slicing through some of the organs and we don’t exactly identify everything. I’m also not too sure about his knife skills, but they are definitely better than mine. (I’ve needlessly butchered perfectly good cakes and pies. The anatomy of a circle stumps me.) So, yeah—each generation gets smarter and better than the first. That I can see is happening right here. I can be proud.

“Do you think you ever want to be a surgeon or veterinarian or anything like that?”

At least now he knows. And that’s all that matters.

Your Turn: If you could take a class all over again, what would it be and why? Or, is there a class you’ve never taken, but would like to take someday?