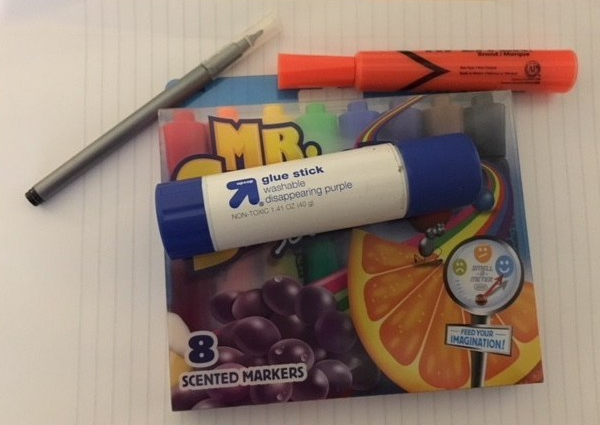 Since raiding the blackberry bushes at the local high school last weekend could have led to the distribution of campus-wide “wanted” posters, Nate and I decided to keep a low profile at the curriculum night event on Thursday. Keeping a low profile in fact is the best advice when attending these sorts of things, in order to avoid an unnecessary faux pas or two. Alex can rest assured that we did not embarrass him in front of his friends’ parents or his teachers. We did the best we could to control ourselves and keep ourselves in check. It was hard. Really hard, but here’s how we pulled it off:

1) The principal began with an inspirational speech and an impressive report about a safety drill the students, faculty, and staff all successfully completed. Then, he mentioned the importance of attendance, which made me nudge Nate in the ribs.

“Should I do it? Should I raise my hand?” I whispered to Nate.

“No—do not raise your hand,” he whispered back.

“But Alex keeps getting marked absent from first period for being five minutes late. No matter what route you take or how early you leave, the traffic light at the school won’t let you or anyone else in.”

“I know—just keep your hand down.”

“But this is serious. It has to do with safety. He’s marked completely absent for the first period, even though he’s only five minutes late, but then he mysteriously shows up for periods 2-6. Is there a vortex or something that could swallow students up? If so, I should lead a campaign against it. We need to lead a campaign against it, Nate. Vortexes are eating children during first period!”

Nate asked me to please just sit on my hands. I reluctantly complied with his request.

2) The parent organization gave a brief speech encouraging parents to join, which sounded fun at first, until I saw that joining meant actually doing things like baking, distributing books, and chaperoning dances. I decided that I could already do those things at home.

3)  We were dismissed to first period, which was on the third floor. To avoid near collisions, Nate tried to route me through the cafeteria, but I kept getting confused. I was also hoping to avoid vortexes.

4) The first period class was sophomore English and we really enjoyed the teacher’s presentation of her plans for the year. She seemed friendly and more than fair. However, we couldn’t figure out why there were glue sticks on the table. Naturally, I wondered if I had missed something in the parent communications and if I needed to get glue sticks for Alex. Nate, on the other hand, had a much more interesting question: Should we eat them? I laughed it off, but he kept asking, so I told him I that since I make perfectly good meals at home, there’s no need to supplement them with glue. I also reminded him that eating glue sticks during curriculum night would defeat our original plan of keeping a low profile.

5) When the bell rang, we stumbled down two flights of stairs and ran across to the other side of the building to make it in time for chemistry, where there was a “quiz.” We had to fill out a sheet of paper that asked all kinds of difficult questions:

–What is your child’s biggest strength? Our Answer: Eating lots of food. Seriously. He eats everything in our house. Please feed us. We are starving.

–What is your child’s greatest weakness? Our Answer: Chores—and the first-period vortex.

Together, I think we scored an “A” on that one.

6) Next, we ran back up the stairs and across the hallway to the other side of the school again, just in time for third period: Algebra/Trig. The teacher seemed super smart and fair and interested in helping students learn, but I couldn’t wait to leave because the room was incredibly warm and fourth period was Spanish class, so I couldn’t wait for the bell to ring. I actually watched the hands on the clock, as if I were back in school—ready to bolt and be the first one out. I’m happy to report that I was the first one out of my seat—racing for Spanish class. Several parents—and the Algebra/Trig teacher—looked confused by my actions, but they didn’t understand that Spanish class was in a trailer somewhere outside and I needed to find it in five minutes or less. Also, it was dark out by this point.

7) In Spanish class, Nate whispered to me that he was planning on telling the teacher, in front of the whole class, that I taught Spanish at the university level for 20 years. I told him to definitely NOT do that. Telling people that you are/were a Spanish teacher sets up too many expectations. These expectations include: 1) An ability to perform and/or teach salsa dancing; 2) The knowledge and skills to create an accurate and aesthetically pleasing map, from memory, of South America, Central America, and Spain—including all major mountain passes, land formations, and bodies of water—and capital cities; 3) An affinity for whipping up a perfect batch of flan. These kinds of expectations are unreasonable. I was not required to do any of these things at my dissertation defense, but the batch of flan probably would have been a nice touch.

8) Back inside the building, we ran around the courtyard in circles until we found the ceramics class. Oh, how I’d love to take that ceramics class! It looked like so much fun. The teacher made a point to tell us that her fifth period class is “very active,” and somehow, as a parent group in this class, we were too. We did not sit nice and quietly. We looked for people we knew and said things like, “Hey! Someone make me a beer stein! The kids should make beer steins! That’s what you do in ceramics class, right?” The teacher quickly restored order by telling us that only advanced ceramics students get to make beer steins—in graduate school. (Okay, so no one really asked about making beer steins, but we were more relaxed and active as a group by that point.)

9) One more hike up the stairs to the third floor and we were in World History class. The teacher was fun, energetic, caring, and had a lot of great plans, including a dessert day at the end of the year in which all students can bring in a dessert from a country they research. I was really hoping he truly meant that the students would make the desserts and that he wasn’t secretly colluding with the parent group to get us to bake massive amounts of food thinking it was for a student assignment. However, I decided that asking this question would probably put me on the top of the list of “volunteers,” so I kept my mouth shut.

Nate and I left sixth period feeling pretty good about Alex’s teachers and his classes. In fact, I was so giddy I stopped by the “store” to buy spirit wear. All of the t-shirts and sweatshirts on sale were so tempting, but I had to limit my choice to just one t-shirt and one sweatshirt. When I couldn’t decide, I asked one of the high school teens at the cash register, which one she would wear if she were chaperoning a dance. She looked terrified and utterly confused. Suspecting that the first-period vortex was approaching, I just made a slap dash purchase, grabbed Nate, and got the heck out of there. As a result of my purchase, I can attend every school function from now on with a super low profile t-shirt that says “Grizzly!”

Your Turn: What is your best advice when attending school curriculum or parent-teacher nights? Or, if you’ve never attended one, but your parents did, what did you hope they did/did not do?