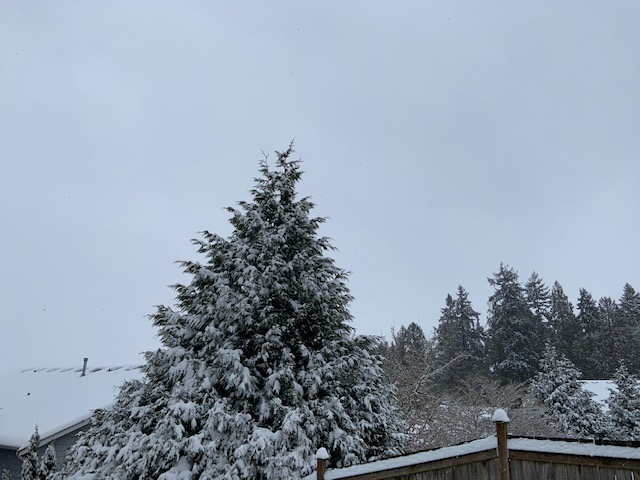 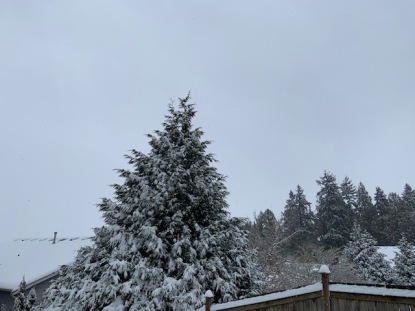 To add that creepy, who-can-that-be-in-the-backyard-feeling to a cozy wintry day, build snow people who have just been stabbed in the heart and/or head. Then, pull back the curtains of the sliding glass doors near the living room, ever so slightly, and prepare yourself for endless amounts of heart-stopping fun every time you pass by to get to the kitchen. 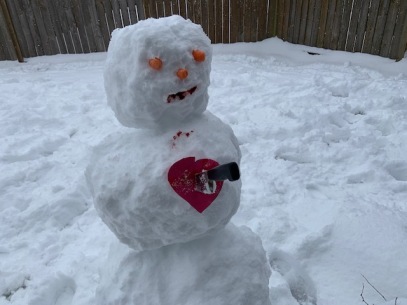 Now, I know what you’re probably thinking: What a clever way to celebrate Women in Horror Month + Valentine’s Day + a snow day!  To that I say: Thank you! With all of these things happening at once, I wanted to move fast—cobbling them together like some kind of crazed marionette maker whose creations spring to life and sing “Let it Snow” over and over again until I threaten them with an exorcism.

For this project then, I just needed:

–About 3-6 inches of snow in the backyard.

–A red, cut-out heart made from construction paper.

First, I had to put my boots on and straighten out all of the shoes on the shoe rack that I made when the pandemic began almost about this time last year. Once I was thoroughly exhausted and sweating, I could go to the kitchen to gather the knife, carrots, and food dye. Nate and Alex helped me roll snowballs for the base, body, and head because that is exhausting work as well. The three of us, working together, probably slashed our chances of back spasms by at least 50%. Once the body was rolled, we stuck the carrots in the head to make eyes and a nose. Nate made a bloody mouth, and the grand finale was the knife in the cut-out heart in the chest. Later, Alex made a friend for this creature—one that had a knife in its head—and I’m both proud and worried about the influence I’ve had on Alex as a mother. 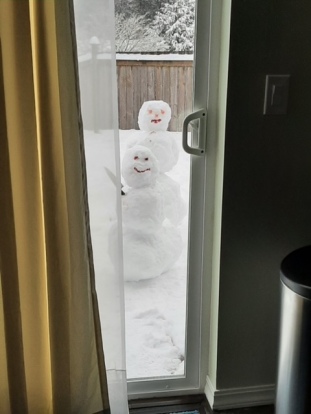 In Other News: Here is a shameless plug: It’s Women in Horror Month! You can buy my book The Places We Haunt on Amazon.com right here—in either an ebook version or in print.

Also, I’m super proud of the following short story, which got published this month in Goat’s Milk Magazine. It’s called “Lake 22,” which can be found on pages 4-12. It was rejected often, and I was willing to just let it go, but Nate really, really wanted to see it in print, so I sent it out 12 times. The 12th time was the winning number. It comes highly recommended by Nate, who calls it the most haunting story I’ve written so far. You can check it out here and read for free: “Lake 22.”

Finally, I have another review out for the Daily Drunk. It’s called “Industrial IPA Diamond Knott Brewing Review.” You can click on the link here to read it for free.

Your Turn: What’s your favorite thing to do in the snow?

28 thoughts on “Things that are in my Backyard: Snow, Trees, and Bloody Valentine Snow-Humans”