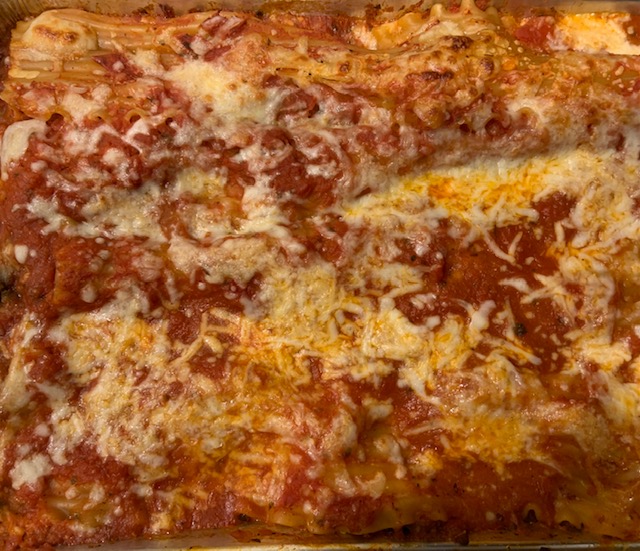 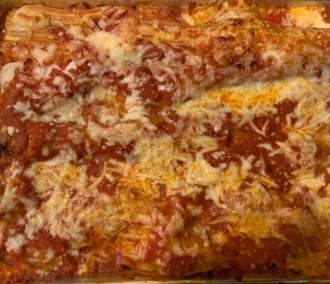 A sheet pan of lasagna, wrapped in a cape of bubbly cheese, is just the superhero needed to save a group of roommates, trapped in the dorm on a Sunday night, commiserating over tough classes and a high-stakes video game tournament that took a nosedive into a steaming landfill.

Alex, the only child of the Fixin’ Leaks and Leeks Team, is living in the dorms at the University of Washington, and his roommate and friends are from China. They’ve shared many meals, conversations, and late nights wondering what to do when the cafeterias suddenly shut down because of supply-chain snafus and worker shortages. They just dig in, tough it out, and when worse comes to worse, try their hand at a karaoke place next to the Shawarma King on University Way. Also, Nate and I are only thirty minutes away, if they need a home-cooked meal, or if they need us to bring one that they can share.

“Can we bring anything? Anything for dinner on Sunday?” I texted back.

After some texting back and forth, Alex said that his friends wanted to try lasagna.

Oh, the power of lasagna to rescue young souls from the depths of a pile of Snickers wrappers and empty two-liter bottles of Mountain Dew! I felt like I was in such familiar, solid territory to help Alex and his friends, until Nate picked up a box of “oven ready” lasagna noodles, and I said, “What the freak do I do with these?”

After consulting the directions on the box and several online recipes, I was more confused than ever. Did I need to add extra water to the dish before baking? Or wine? Or broth? Or cream? Or all of the above?

Here’s what I ended up doing—and it worked!

–Preheat the oven to 375 degrees

–Cook the ground beef in a pan on the stove top over medium heat. Drain the fat.

–Combine the meat with the garlic, peppers, onion, red pepper flakes (if using), and 1 ½ jars of the marinara sauce.

–In a 9X13-inch pan, place some of the meat/sauce mixture.

–Cover the noodles with 1/3 of the ricotta cheese mixture.

–Pour more sauce over the top.

–Use about 1/3 of the package of mozzarella cheese to cover this layer.

–Pour one cup of water around the edges of the pan.

–Seal tightly with aluminum foil and bake for 50 minutes.

–Remove the foil and cover with the last bit of mozzarella cheese from the package. Cook for ten minutes.

–Broil the lasagna for a few minutes under the broiler until the cheese is bubbly.

Results: The house smelled heavenly while the lasagna baked. The entire thing traveled well, and Alex and his friends could heat it up easily on their own. We dropped it off, and just like that: the masked, caped Super Lasagna flew away, a loaf of garlic bread tucked under their arm, ready to take on all of the karaoke joints on University Way—and fight for justice for Alex’s friends on the video game tournament circuit.

Your Turn: What is your go-to comfort food?

28 thoughts on “Lasagna to the Rescue!”