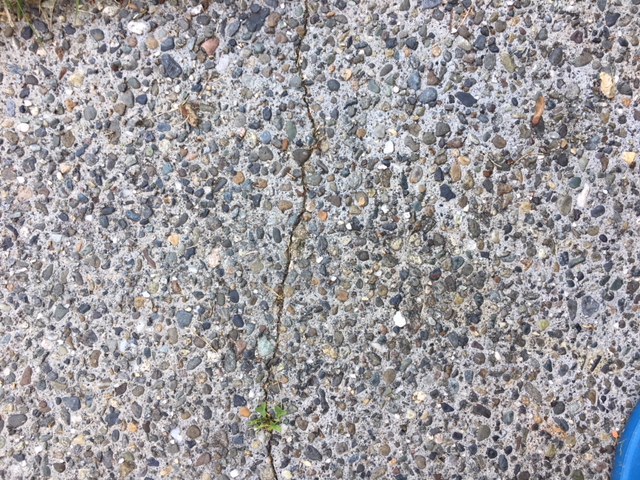 A violently shaking alarm clock that rattles the entire bed frame, is something I’d secretly hoped would be invented for teens in order to get them off to school on time. It would also make loud, howling noises that sound like a freight train coming straight for the house.  However, after experiencing my first real earthquake in my new home in the state of Washington, I realize what a horribly cruel idea that would be.  At around 2:50 a.m., Nate and I were jolted awake by loud rattling noises and our bed was shaking back and forth. We could feel the whole house swaying.  Immediately, I knew how this scenario could have appeared to Nate, since I like to write horror stories.  He could have been thinking, “Great. Now Cecilia’s done it. She’s written enough horror/ghost stories to invite terrible spirits into our house to shake our bed.” To make sure that Nate knew exactly what was going on, I shouted, “Earthquake! Earthquake!” Nate’s frantic screams that echoed the “earthquake” message, indicated that I’d gotten my point across, because I sure as heck was not going to let the characters in my stories take the blame for shaking up the entire neighborhood.

The quake probably only lasted about 15-30 seconds, but after screaming, I tried to get a hold of myself and ask if we should get under the bed.

I’m a bit smaller, so I could have probably fit, but I figured I’d honor our wedding vows. For better or for worse, I was staying in bed with Nate.   Together, we held onto the sides of the mattress, looked up at the ceiling and screamed, “Earthquake!” again.  Then, I tried to imagine what was under our bed. Why wouldn’t we fit?  It’s probably because we have things stored under there, like huge containers of weight-lifting whey protein powder—and perhaps some boxes?  (I imagine that, in the middle of the night, the boxes and the protein powder challenge each other to very quiet burpee and squat competitions. I should probably film that someday.)

Then, the shaking stopped.  Alex joined us in our room, and we were all thankful that the earthquake was not much worse. The house was fine. The very expressive and emotional lawn chairs, which challenge each other to show downs while I’m running on the treadmill, were fine.  The treadmill was fine.  The cars were fine. There were no cracks on the ceiling, etc.

“So what do you think it rated on the Richter Scale?” I asked.

Nate sounded pretty confident about his predictions—like he was a seismologist on the side or something.  He sounded very convincing.  It took at least an hour later before he could get his predictions confirmed by real seismologists.  When the official word came in, we learned that we had survived an earthquake of the magnitude of a 4.6 or 4.7. (The epicenter was only about 20 minutes from our house.) It was somewhat of a “baby” quake, but enough for us to really, really want ice cream to calm our nerves.

Now, I know what you’re all really thinking: What about the cat? SeaTac is our favorite member of the Fixin’ Leaks and Leeks Team! What happened to the cat?

The cat’s fine, but I’m beginning to realize that my expectations for him are a little too high.  I’ve pretty much resigned myself to the fact that he won’t give cat facials for $50 an hour as a kind of “side-hustle” for extra income, but now I’ve got to resign myself to the fact that during an actual emergency, we might not be able to depend on him. Here’s how I know: During the actual shaking part of the earthquake, he just slept on the couch. Then, when we finally got up, he strategically placed himself near large pieces of furniture that could fall on him, especially if there were aftershocks.  So, here’s the lesson learned:  Do not do anything SeaTac the cat would do during an emergency.  Do the opposite. Every day is “opposite day” during an emergency, if you are taking the lead from SeaTac.

This whole experience though, has made me think about Earthquake preparedness.  Removing heavy objects from near and around our heads, while we sleep is now my main focus.

Me:  Alex’s headboard has specially carved out places for knick-knacks.  Knick-knacks could fall on Alex’s head while he’s sleeping, Nate! Knick-knacks! He’ll be impaled!

Nate:  Why don’t we have ice cream?  We should always have an emergency container of ice cream in the freezer.

Me: But knick-knacks! On our son’s head!

So, I stormed over to Alex’s bedroom in an attempt to show Nate the horrors and dangers that surrounded him, but I only found a 4X6 picture frame, a bandana, and a small tiki souvenir from Hawaii.  No boulders, rocks, or medieval spiked clubs.  Whew!

Yet, I still wanted to know what we should have done during the earthquake. Luckily, the Red Cross, the CDC, and other experts who would probably always have ice cream in their freezers during an emergency, offer the following tips:

Me:  Could you imagine if everyone at your work had a whistle?  No one would do any work!

Nate: Actually, there is a woman who has bottled water, granola bars, and a whistle at her desk—precisely for earthquake preparedness.

Me:  Wow! Everyone would be at her desk for an earthquake party blow out! Good for her!

And now, I’m wondering why the home earthquake kit does not have a whistle included.  I completely understand why fireworks aren’t included, but why not a whistle?  Or ice cream?  At the end of the earthquake, we could send Nate downstairs to check on the house.  We could put the whistle in the freezer, next to the ice cream. Then, he could blow the whistle, thus signaling that it’s okay to eat ice cream. Except, it would be too tempting to just blow whistles and eat ice cream every time I finish a load of laundry—and that would be really scary for everyone.

Your Turn:  Are you prepared in case of an emergency? What emergency plans to you have in place?

40 thoughts on “Earthquake! The Fixin’ Leaks and Leeks Team Learns What to Do”