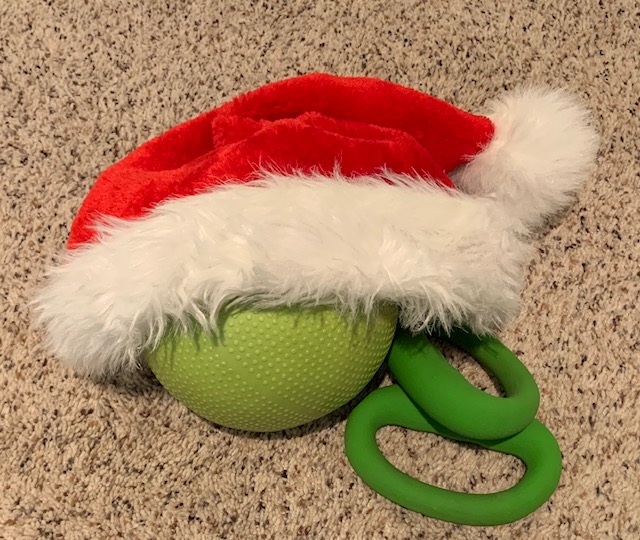 Shimmy into some super stretchy exercise tights and strap a pair of antlers onto your head. It’s time for the Fixin’ Leaks and Leeks Holiday Themed Workout.  The moves are based on things you might actually do during the holiday season.  That way, you’ll be in the greatest of shape when you have to do these activities “for real.”

Now here’s the thing: There is no video of this workout and there are no pictures of the Fixin’ Leaks and Leeks Team doing this workout because no one—and I mean no one on the Team wanted to be photographed or filmed while doing these moves.  So, I suggested that either Nate or Alex draw some realistic looking pictures of us doing the workout, but they refused because they had “homework” and important games to play on their phones instead.  Therefore, armed with an ordinary piece of computer paper and a Dixon Ticonderoga number 2 pencil, I had no choice but to painstakingly slap together a basic idea of what an uncoordinated stick figure might look like doing this workout.  It’s my best work. Ever.

Basically, there are seven moves—each with a holiday “intent” or story behind them.  Once you’ve completed all seven moves, you will have used up five sweat-filled minutes of your precious, precious time. If you would like to extend your workout, repeat the moves six times and you’ll have a full 30-minute workout. If you want to go snowballs to the walls crazy, repeat the cycle 12 times.  For inspiration, play upbeat holiday music in the background.  I chose the Brian Setzer Orchestra holiday station on Pandora.  Imagine “The Most Wonderful Time of the Year” sped up double time at least. It got wild, very wild in my living room.  Trust me.

Here are the moves:

1) Marching through the snow:  This one is self-explanatory. It’s a great warm-up and you can always fall back on it if the other moves get a little too challenging. Just march.

2) Pick Up the Hot Tub and Put it in the Car:  Over the weekend, my brother told me how his wife found one of those large electric ride-on cars for kids, just sitting by the side of the road. There was a sign attached to the car that said, “free.”   So, she picked this thing up and put it in her car!  That must have taken an incredible amount of determination and strength because those things are heavy.  I got to thinking: What if someone left a perfectly good hot tub by the side of the road, with a sign that said, “free?”  Would I be able to just pick it up and put it in my car?  Sweet Santa, I hope so!  But how? How to prepare for such a feat of bravery? The answer is: squats.  I’ve developed a move I call “Pick up the Hot Tub and Put it in the Car.”  Start with a wide stance, do a squat, and imagine that you’re picking up a hot tub. It’s right there—to your right—and it’s free!  Squat down, move your arms to the side, twist the torso, and imagine that you’re hugging that hot tub and picking it up.  While still in the squat position, return your arms and torso to the center, and drop the hot tub into the car, which is magically right in front of you.  Stand up. Squat again and repeat on the left side—as if there were free hot tubs on both sides of the street and everything would magically fit in your car!  Do this about 16 times on each side.

3) Mix the Cookie Dough using a “Sexy Cabbage Patch” Technique.  This is Nate’s invention.  It looked silly at first, but then, I tried it and decided that it really engaged the core, thus making sit-ups extremely unnecessary-and who doesn’t like that idea?  During the holiday season, there is a lot of baking to do, so stirring up a batch of cookies can be turned into a workout move, if you add the hips and buttocks—swinging them around in a sexy motion, while imitating the “Cabbage Patch” dance move.  (Here’s an informative YouTube video from “Videojug.” This segment was filmed in 1987 and demonstrates how to do the Cabbage Patch. You are welcome.)

Nate and I had lots of fun doing this move:

Nate:  I call it the “Sexy Cabbage Patch.”

Me: That’s great, but what does it have to do with baking cookies? Are we making sexy holiday cookies?

Me: Because they’re usually for church and teachers at Alex’s school.  They probably shouldn’t be “sexy.”

Nate:  You just stir them sexy.

By the time we got done talking and gyrating, my core felt tight. This move can probably only be done for up to 30 seconds at a time.  I’m not sure I’d recommend more than that.

4)  Knee to the Groin.  I know this does not sound like a festive holiday move, but it engages the core and puts anyone on notice who might interpret your “sexy cookies” as something other than just cookies.  Shouting, “It’s just cookies! Back off!” might help.  In any case, the move itself is performed by kicking the knee up and off to the side.  Do each side 8-16 times.

5)  Punching.  Turn the body to each side, punching on each side about 16-24 times.  This one prepares you for the Christmas tree farm.  I’m not kidding.  This year, Nate, Alex, and I saw a perfectly good tree that only cost $20. It was amazing, but I didn’t trust it. Why was it only $20? If we cut that tree down and brought it into our house, what would happen?  Was it a possessed tree?  Would it eat all of our sexy cookies?  So, I told Nate to go back over to the main office and ask, “What’s wrong with this tree? Why are you selling it for only $20?”  In the meantime, Alex held the saw, while we stood in front of the tree and talked.  Before we knew it, another entire family was staring at the tree from afar.  They sent a representative from their group over. This family member walked right up to the tree, stepped between Alex and me, picked up the tag, and shouted to the others, “It’s only $20.”  But they could clearly see that we had “claimed” this tree by standing near it with a saw—and talking.  Fortunately, Nate returned quickly. He told us the tree was shading other trees, so they priced this one so that it would go fast.  “Alex, cut it down! Cut it now!” I shouted.  The other family didn’t have a chance. We have the tree. It is not possessed. It smells like oranges and the cat loves it.  We did not have to resort to punching, but punching at the air is still good for the core.

6)  The Rockette Kick up in the Air, Cross the Leg Over, Pick it Up, Cross it Back Over and Down. Repeat.  Do this move about 16-24 times on each side.  It’s no secret that I fancy myself a Rockette Dancer.  Every year, I watch the Macy’s Thanksgiving Parade and shout, “I could have been a Rockette! The only thing holding me back is my height! That’s the only thing!”  And every year, Nate says, “Shouldn’t your legs be straight when you kick?”

7)  The Show Stopper.  Sometimes, you just need a move for when some kid in the school pageant loses it and they need an understudy, but that kid has lost it too.  That’s when parents can just get on stage and do the “show stopper.”  Basically, you kind of shuffle kick each heel in front, while doing “jazz hands” and smiling a lot.  Do this at least 16-24 times.

If five minutes have not passed by the time you’ve done these moves, just add in some “marching in the snow” wherever you need it.

Results:  My thighs burned, and I got very sweaty in just five minutes. I didn’t see the sense in repeating the cycle of moves five more times.  Once was enough.

Your Turn:  Do you like to keep up an exercise routine during the holidays?